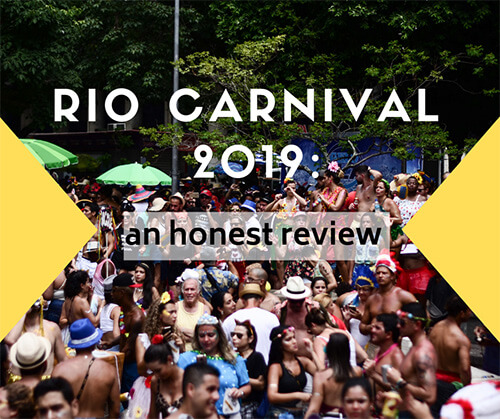 If this is your vision of Rio Carnival, you’re not alone. It’s probably shared by a great many around the world, and understandably so as this is the image that’s transmitted around the world by major media networks and the Rio Tourist Board.

Is it exactly like this? In my humble experience of 2 consecutive Carnivals and speaking with lots of Brazilians, not so much.

I’d say I’ve got a fairly rounded opinion of Carnival. Last year I was onstage, filming and photographing the artists and this year I was purely a spectator. I’ve looked out at thousands of bronzed, drunken faces singing their hearts out, and I’ve also been one of those faces (albeit decidedly less bronzed).

This year I didn’t have to worry about my recording equipment, manoeuvring for position to get the best angles or constantly recharging batteries. This year I could relax, soak in the atmosphere and just enjoy the experience.

As far as parties go, it’s got to be the biggest. 400 million litres of beer consumed across the country during the official 5-day celebration? That’s what I call a party! Hundreds of performances spread across the city, from talented dancers to rock groups to classic cheesy singalongs to celebrations of the rich and diverse African heritage. There really is a performance for everyone. They last for hours and go from crazy early in the morning until crazy late at night. If you like to party, you won’t be left wanting.

If dressing up is your thing, Carnival is your place. Literally wear as much or as little as you want and people won’t bat an eyelid. If you’re wearing an legendary flowery Samoan shirt like mine you may be complimented and high 5’d, but you’ll mostly just blend in with the other colourful characters. 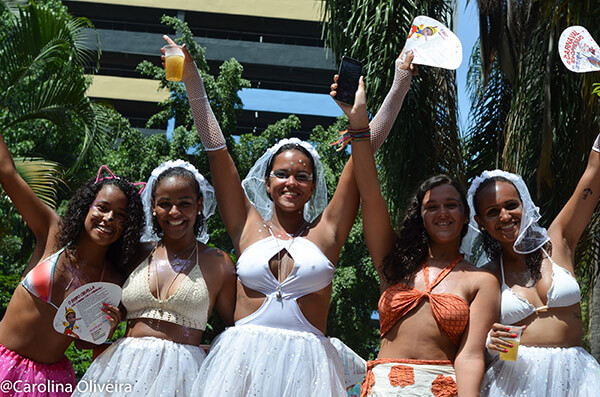 Around 90% of the performances are free! You can wander from performance to performance without paying a penny. A few charge admission, but you can sometimes get around that by getting on the guest list (check the individual Facebook pages for up to date info). We spent a grand total of $0 to see as much as we did. 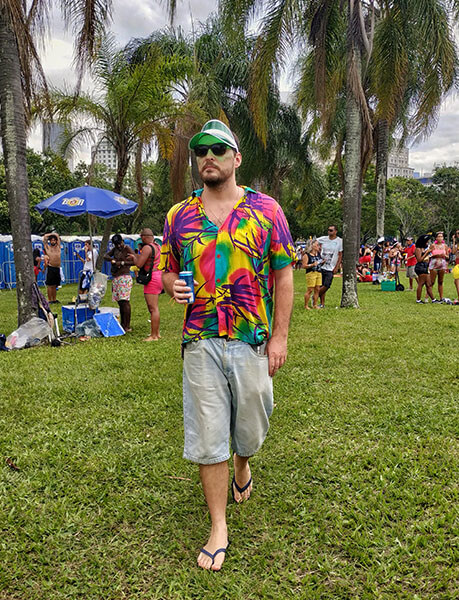 To combat people relieving themselves in the streets the Government raised the fines you’ll receive should you be caught with your pants down. In theory that’s an excellent plan which should leave the city smelling like roses. In reality, it’s only really enforced in the posh parts of the Southern Zone.

Wandering through the streets on a Sunday afternoon after a million or so revellers had passed through earlier was a challenge to the nostrils. Imagine someone peeing in a microwave, then turning in on for a few minutes. Now multiply that toasty warm smell of urine by a few hundred thousand and try not to gag.

The government increased the number of public toilets in the city to 25,000. This seems like a nice big number, however it’s dwarfed by the 2,000,000 people on the streets each day. That’s 80 people using each individual cubicle and, judging by the gloop flowing out the back of them, they weren’t emptied nearly regularly enough to handle those kinds of numbers. Add in the 30+ degree heat and you’ve got a pongy problem. 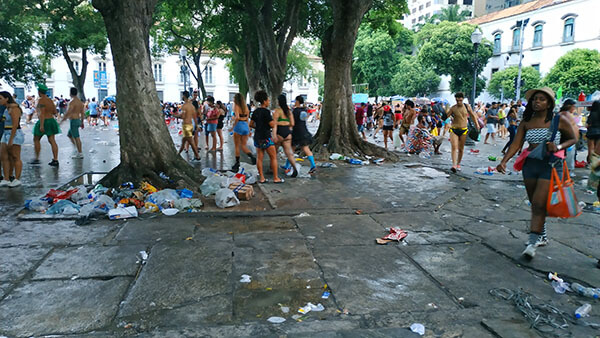 The amount of meathead, machismo guys wandering the streets can be unsettling. Lots of comments popped up on the various Facebook pages complaining about gangs of lads harassing women.

The ‘peace and love’ attitude associated with Carnival is sadly often just an excuse for inappropriate touching and groping. Thankfully, 2019 will be the first year when this is now illegal. A new law passed in September 2018 classified performing a libidinous act against someone, without their consent, as a crime. Will this stop the inappropriate behaviour completely? Not a chance. Will it make some people pause, have a second thought and back away? I certainly hope so.

2018 was my first Rio Carnival. I was young(er), excited, a carnival virgin and able to stand on stage in front of huge crowds. It was roasting hot each day, sometimes topping 40 degrees, and we had not a care in the world. Even though we were working, we were often stood in the middle of heaving crowds of genuinely happy people, singing their lungs out, shaking their tail-feathers and partying like there was no tomorrow. That energy is contagious and it was easy to get swept away with it all. 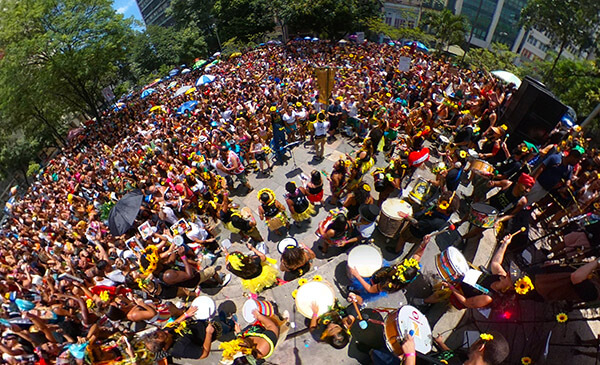 2019 saw epic storms, often flooding the streets of Rio. The drainage system in Rio is terrible at best, and at worst you’ll see trash bags floating down the streets. Not only is this a huge health issue, it’s also devastating for the huge homeless population and left lots of people stranded in various parts of the city and unable to get home.

We saw some amazing performers and some not some good, although they were all free so how can we complain? The rain certainly dampened the mood at times, however, it washed away the pee so it wasn’t a complete disaster.

I can completely understand why some Brazilians use this Carnival time to head far away from the cities to either the beach or deep into nature. It certainly gets intense, claustrophobic and your daily routine goes completely out the window.

Should you go to Rio Carnival? Absolutely! It’s one of those events like seeing the Northern Lights in Iceland or getting crushed at La Tomatina Festival in Spain. They sound awesome, but words and photos can never really convey the true experience. 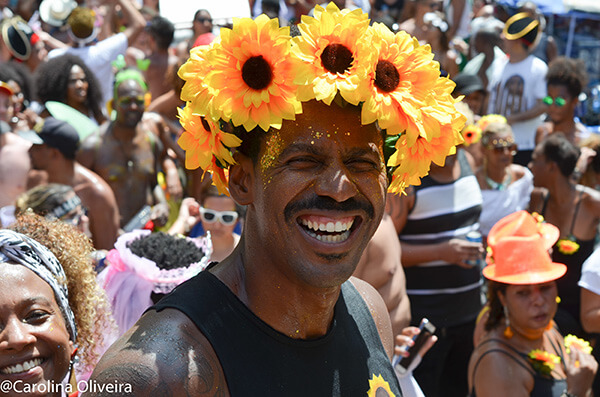 The best thing I can suggest is to iron your bikini/mankini, slap on the suncream and come and live the Carnival dream. It’s an experience you will never forget.

If you do decide to go, I wrote a survival guide which covers all the essentials.

We use cookies to ensure that we give you the best experience on our website. If you continue to use this site we will assume that you are happy with it.Ok