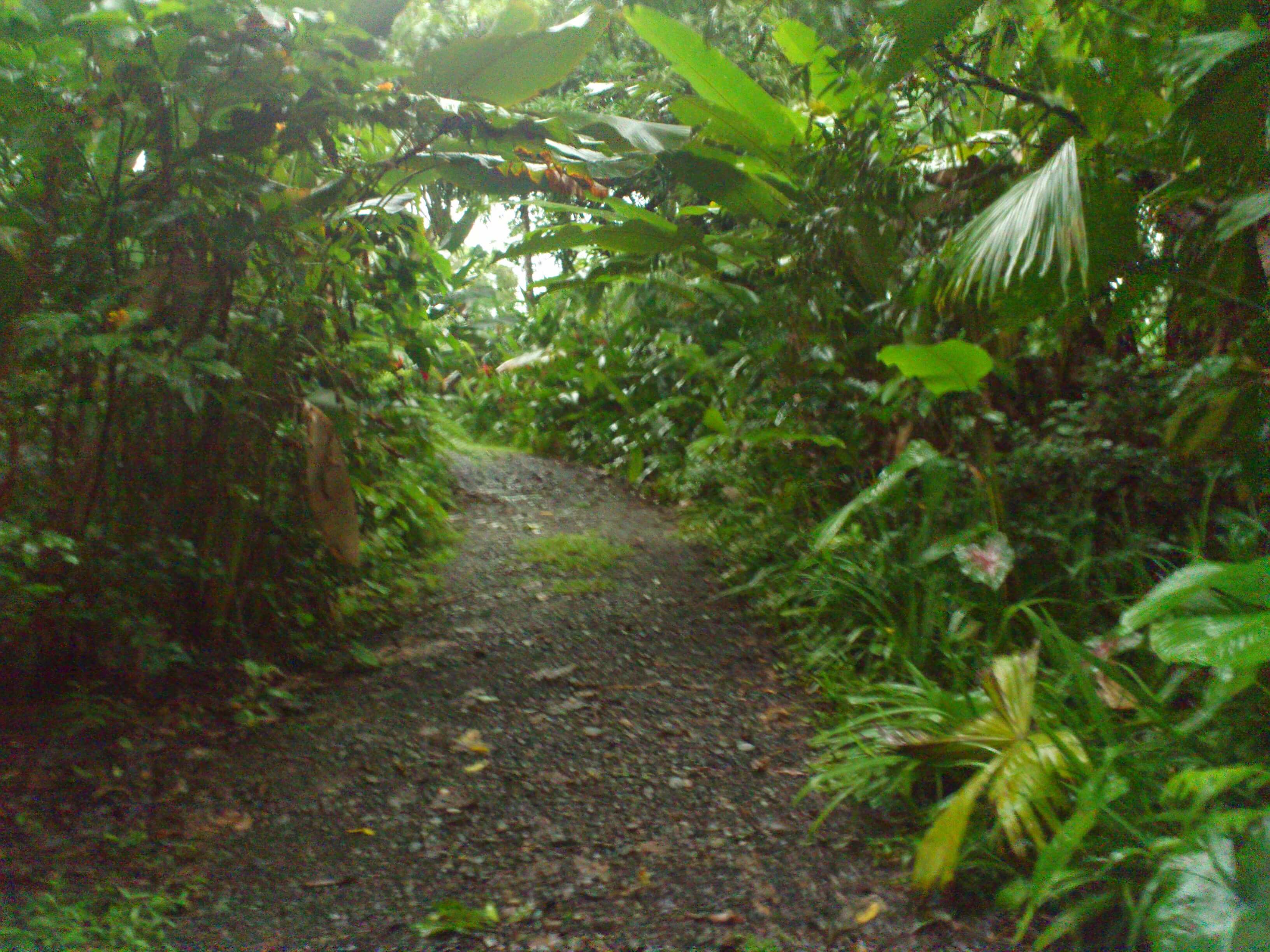 So many lessons learnt already!

After an exceedingly long overnight bus ride from Barquisimeto to Caracas I was not feeling at my freshest. Normally I’m out like a light before they even check my ticket, but this time my chances of sleep were reduced to -10000000 by the rather rotund lady sat next to me who had no qualms about draping her large frame over my own, whilst periodically stretching… thus sending me perilously close to faceplanting the aisle. I took it all in good spirits and gritted my teeth… for 8 hours!

Being picked up from the bus station by my legendary friend Nirida was a godsend, as navigating the mean streets of Caracas is something best done with fresh eyes/reactions. Our glorious plan of going for food, seeing some sights and catching up was scuppered when I collapsed and passed out at her flat. Waking after what seemed minutes I nonchalantly glanced at the clock and sent my sphincter into overdrive! No time for a shower we darted to the bus stop expecting the usual gridlock. We narrowly made it to the airport…. with loads of time to spare!! Zero gridlock, zero traffic… what an omen! Was I going to get a free upgrade to business class? Win the lottery? Not have to sit behind a wailing, mucus excreting child on the plane? Time would tell.

After a final farewell beverage I headed to check in, uncertain of how immigration would view my overstaying of my visa (20 days). With such a lax attitude to all other legal matters I was half expecting a slap on the back, an offer of a beer and a cheeky rustling of the hair…. No, no, no Fray!!! Replace the back slap with a death stare, the offer of beer for lengthy discussions with a supervisor and the cheeky rustling for a demand of between $50-$100. My bank account was almost emptied when the gods shone down as he asked “What do you do in England?”, “I work in a school”, “You’re a professor??? Ah, let him go… Have a good flight”………. Yet another omen!!! Was I also to join the mile high club too???

We boarded the plane in a timely fashion, sat down next to pleasant folk, far away from the annoyance of any toothless, hyperactive youth. I closed my eyes to enjoy the sweet, sweet embrace of sleep… when Zeus decided that I’d had it all far too cushy today and it was time to start flipping the script! And flip he did! His first comedic act was to gently turn the thermostat up to ‘Hell’ setting. For 35 minutes we sat on the plane, a sea of wafting in-flight magazines. The ‘bing’ from the multitude of call buttons had both the sound and effect of a pinball game as the stewards darted back and forth, sweat pouring through their shield of makeup.

We were invited to depart the plane until the problem was rectified, all the while the time until my connecting flight onward from Panama to San Jose drew closer and closer. We reboarded the plane and departed some 45 minutes late. Sleep escaped me as we were bombarded with announcement and counter announcement as to the likelihood of making our connections. Upon landing I was dealt the crushing blow that mine had departed 5 minutes previously, yet cushioning the blow was an offer of a 5-star hotel for the night before a morning flight…… “Gee, let me think….. SURE!!!”

The morning flight was at 6:30, and it was now 8:30pm… plenty of time to enjoy every last star….. no, no, no Fray!!!!! The lethargic Panamanian officials finally removed their fingers from their poopshoot after several hours of dillydallying, only for us then to wait another hour for our baggage to be loaded. We eventually arrived at our plush destination around 1am, and after a quick photo shoot sleep thankfully received me. 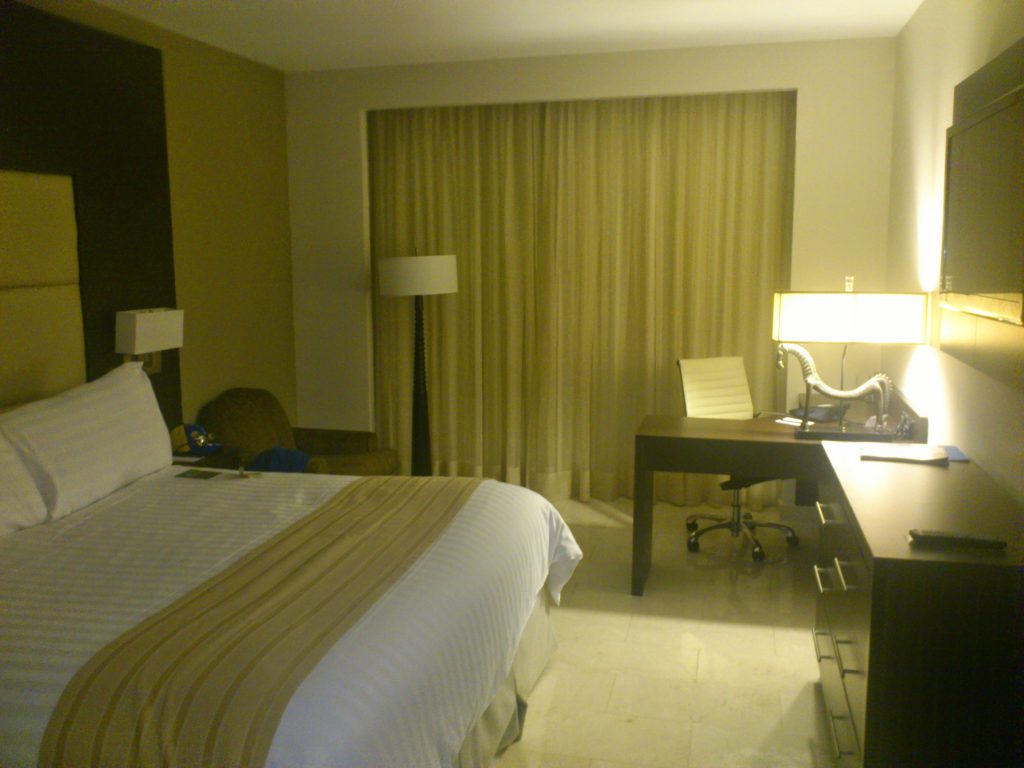 …… for 3 hours, and then I was up and on the move again! By now I was quite delirious from disjointed and broken sleep, so when I was told that I had 10 minutes to get through check-in, security and make it to the gate I was not in such a jubilant mood. I followed the stroppiest woman I could see, which worked a charm as I got through in just over 10 minutes… and all it needed was a few strategic “si, si, claro, si!”

I maniacally staggered through the corridors, the combination of heavy rucksack and sleep deprivation conspiring to slam me into every available obstacle with groin shattering force, yet against all odds I made it with time to spare… 2 hours in fact as it had been delayed! COMEDY GOLD!!!

Lesson 2: Don’t believe everything you read on t’internet.

The journey from San Jose airport to Londres was remarkably easy! Never have I met such an instantly helpful bunch. Normally airports attract the dregs and degenerates, looking to scam and steal… not so San Jose. I was approached by a burly looking taxi driver, “taxi?”, “no gracias, quiero autobus”, “okay, you go around that building and head right. The buses come every 20 minutes and they’re 400C”. Suspicion and paranoia were rife as I tentatively edged around ‘that building’, expecting to be greeted by burly’s big angry brother, complete with cudgel… not so! His words were true.

Several more similar instances renewed my faith in humanity as I arrived late, but safe and incident free to the ‘farm’. The ‘farm’s website depicted a thriving community surrounded by exotic wildlife and even more exotic guests… It did not depict a house in the middle of the rainforest… websites can be deceiving. 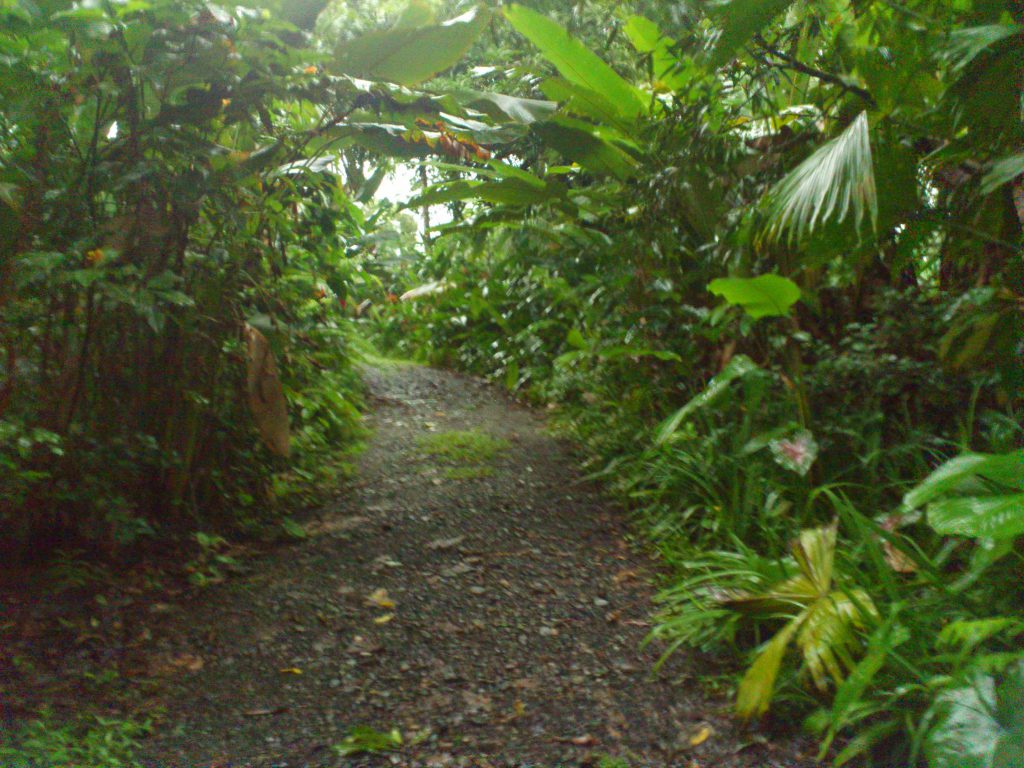 Lesson 3: Don’t strike anything with a machete that is directly over your head.

So having settled in on the ‘farm’ I decided to get stuck right in and get to work. Project Jungle Beard was in full flow so I stripped down to just shorts and wellies, grabbed a machete and headed out… Into the Wild. My first project was to get the vegetable patch back into working order, and to do this I needed to hack away at all the vines and foliage that had enveloped it. 15 minutes of hacking and slashing and I was gasping! It was so stiflingly humid that I was dripping from every pore… EVERY pore! One final act of swordsmithery was required to chop down the overhanging dead branch above, thus allowing the sun to torch my little vegetable beauties. A machete makes such a delightful ‘thunk’ when it goes through wood… whereas Fray makes quite an ear wrenching squeal when said wood showers his face with a multitude of spiders. Had I been my usual stubbly self I could have dismissed them with only a handful of swipes and tears, but my jungle beard proved to be an amazing catchers mitt!