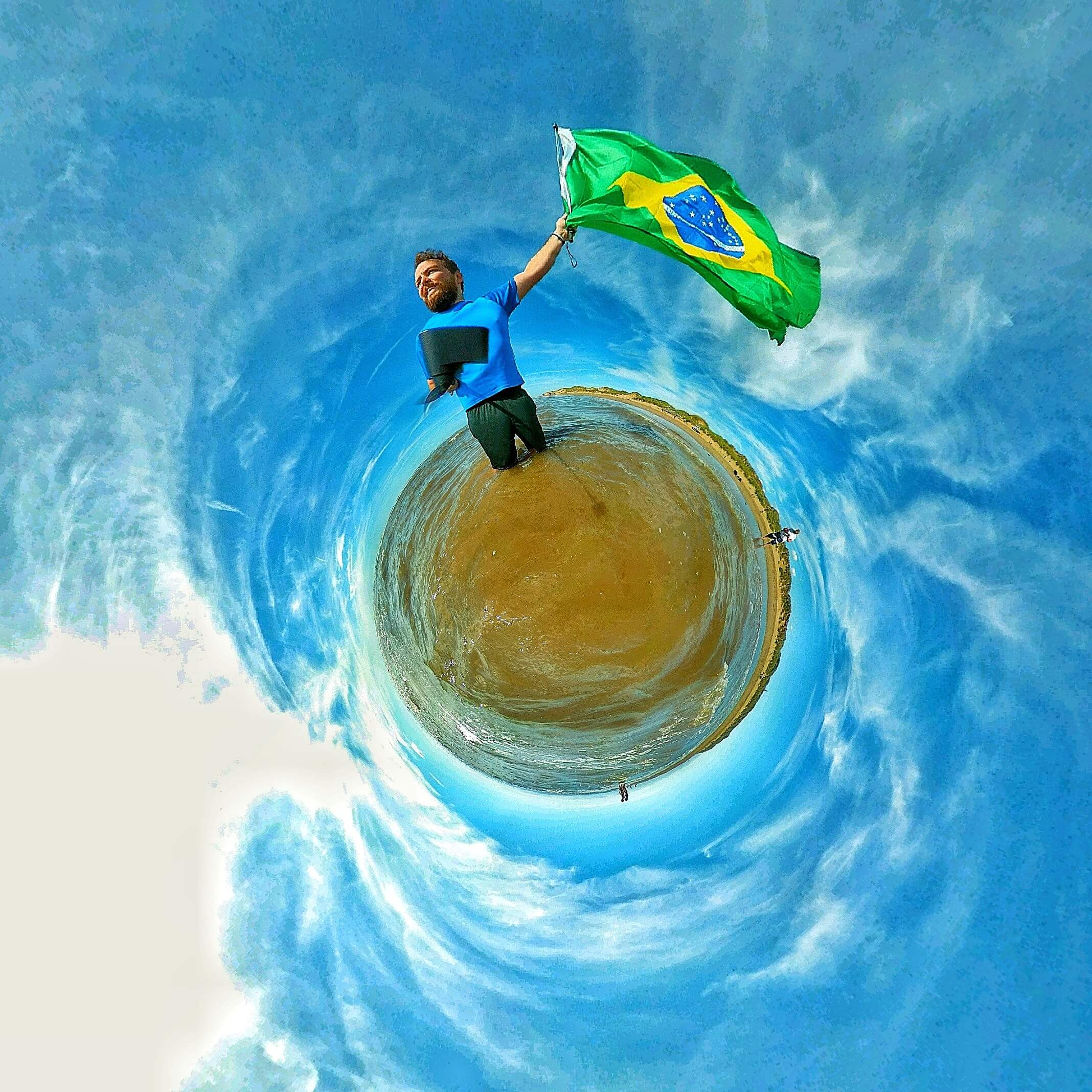 D’où êtes-vous? (Where are you from?)
Eu sou Brasilero (I am Brazilian)

All I wanted was a slice of bacon (or three)!!!

How do you go from a plea for pig flesh to lying about your nationality? What universal forces could possibly converge to bring about that sordid level of deception?

That aside, I try! God knows I try!

I embarked on this trip with the best intentions of dazzling them with my Frenchisms. Admittedly I hadn’t thrown myself into the same depths of study that I’ve applied to Portuguese, but I’d at least learned some useful words and phrases.

I’m far from a polyglot, but since studying The Mimic Method, I have a much greater understanding of the sound of language – how to shoehorn your mouth around foreign syllables and vowel sounds.

I was wholeheartedly expecting people to struggle with my pronunciation and articulation… But at least give me a chance!

I arrived on these fair shores with the best intentions in my heart but, during the very first conversation, I was rebuked! They witnessed my hesitant French And Walked AWAY!!!

The literal translation of my question was “Where bus here centre town”. Most certainly lacking by the standards of Wordsworth and Keates, but accompanied by graceful hand gestures and pleading eyes was surely understandable by even the simplest simpleton!

My ire was short-lived, and I eventually found my way.

Next challenge was to find a supermarket to purchase a bottle of the finest still water France has to offer.

In my finest bastardised French “Is Supermarket central here?”
<insert disgusted look>
“No”…. And again walking away!

I needed a drink!

So after hours of wandering the wastelands of industrial Toulouse I stumble upon a watering hole. With zero thought (and possibly a sign that I’ve finally started to master Portuguese) I ask the barkeep:

Tiene Cerveja? (Do you have beer?)
“Ui!” He exclaimed with unexpected exuberance!

I ordered the first.

From the few words he threw at me I understood a few from romantic origins (the romantic languages! He wasn’t leering at me) and was able to answer him fairly confidently in Portuguese.

This sounds like a comical, arse backward kind of conversation, but it worked!!!

We were communicating, and he was friendly!

I was on to something!

Obviously one outlier does not make a conclusive survey, so I decided to try my theory elsewhere.

I thanked him for his kindness and headed to the next bar. (FOR SCIENCE!)

2 is clearly not enough for a quality statistical analysis, so I hit up my third and final test case.

And that’s when it started to go a bit pear-shaped.

To say he loved me would be a wild foul ball, but he was definitely super friendly. I ordered my beer, and he started asking about my trip. My vocabulary was beginning to run a little thin… And that’s when it happened.

I dug deep into my vocabulary banks and asked him where one could possibly find a slice or two of bacon on these foreign shores. Substituting words I was unsure of with Portuguese sounding words I asked about a supermarket and about bacon.

I’d been playing the game so long, and now made a new friend…… What else could I do?

If I confessed my heritage he probably would have dropkicked me from over the bar! Diplomats would have been phoned and baguettes slapped across my face!

I was in too deep

“My Brazilian friend” he roared whilst vigorously shaking my hand.

It’s a different kind of self-loathing that eats away at you, not just for the initial lie, but then as he shouts to various disinterested booze hounds, “Eh, Pierre, Brazilian!”

The fact that Pierre’s haunted yellowing eyes barely registered acknowledgement did little to ease my conscience.

Pierre was now complicit to the lie. Would he rat me out?

I certainly wasn’t hanging around long enough to find out.

With my finest Brazilian platitudes, I said my thanks and backed away slowly.

Is there a moral to this story? It’s a well-documented fact that people find it easier to understand and be understood when they adopt a local accent:

Admittedly, I was almost 9000km out from producing a ‘local’ accent, but the rhythm and flow, the intonation and melody of Portuguese are infinitely closer to French than Mancunian (regardless of my ‘unusual lilt’)

I was merely invoking a classic survival, communicating and bonding strategy.

My conscience is now shiny and clean… Très biens!