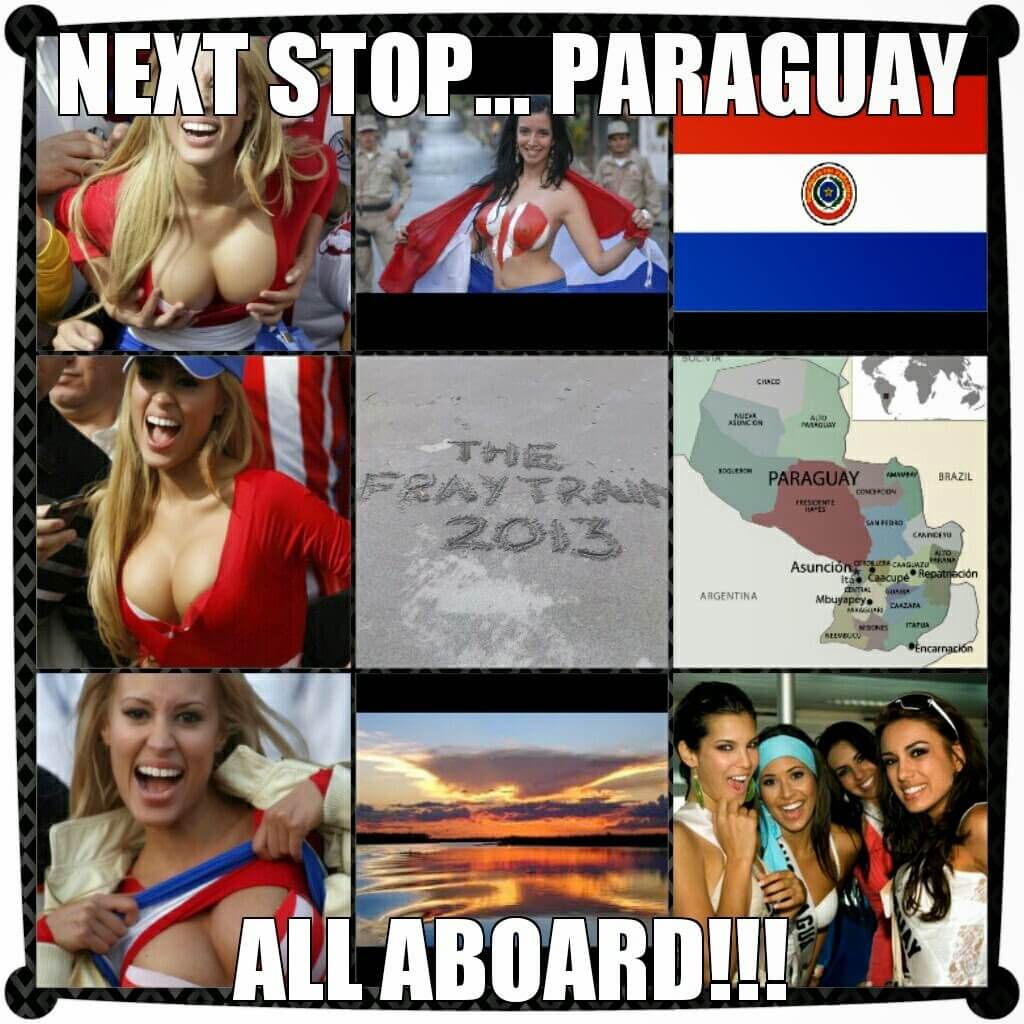 “There are no foreign lands. It is the traveller only who is foreign.”

A seemingly empty bus would appear to be a godsend… yet how the gods mock me!

The first 16 hours of the voyage from Buenos Aires, Argentina to Asuncion, Paraguay were merely mind games… toying with me, enticing me to relax, let the guard down… ready for the inevitable suckerpunch!!!

Word to the wise:
When departing Retiro bus station (BsAs) on an internationally bound bus, arrive in PLENTY of time for the pre-boarding x-ray queue… the first yet encountered in my 13 months travelling.

As this was a new concept for me I was forced to abandon all my gentlemanly morals, all my finest English characteristics and commit a most uncouth crime….. I jumped the queue and pushed in!

It worked though as I boarded the bus with minutes to spare and settled down for a good few hours kip.

Apart from a chair gypsy (he was clearly not content with his view… either that or he had incontinence issues, soiled various seats and felt the need to flitter around the bus to hide his medically, yet not socially, acceptable crimes), the 16 hours passed in spates of sleep, reading, staring at endless flat drab landscapes, and sniffing to see if pissypants had micturated on my adjoining seat.

Then during one of my sleeping periods I was quite rudely awoken by a squat little fella in uniform, whose gun holster apparently was suffering some form of malfunction… the only possible explanation for why he constantly felt the need to rest his stumpy little hand on it whilst demanding my passport.

My parents brought me up well. Always be courteous, respectful, and always be weary of dumpy, uniformed, gun-toting folk who are becoming increasingly agitated at the tardiness of my passport producing skills!

But it was all just a big misunderstanding!!!

I’d managed to sleep through the whole boarder crossing/passport stamping hoohaa. None of my fellow passengers (I’ll forgive the others but not urine-boy! He knew I was there! As did the bus driver, who only a few hours before had served me a tasty, if not slightly overcooked, chicken parmigiana), felt the need to stop and rouse me from my slumber to perform this arduous,  yet necessary legal activity.

Luckily some officious, promotion-hungry rascal noted the discrepancy between passenger manifest and number of stamped folk, realized there was a stowaway, and sent his best 6-shooter to investigate.

It was all cleared up quick style, yet with much shaking of heads, and even an international sign for “You’re crazy” from my bus driver! Cheers bro!

Too many guns on this trip!

I was now suitably awake to witness my entry into Paraguay.  Slightly reminiscent of Costa Rica with the lush green foliage… yet hopefully with much more soul and culture!

2 thoughts on “Next stop… Paraguay!”