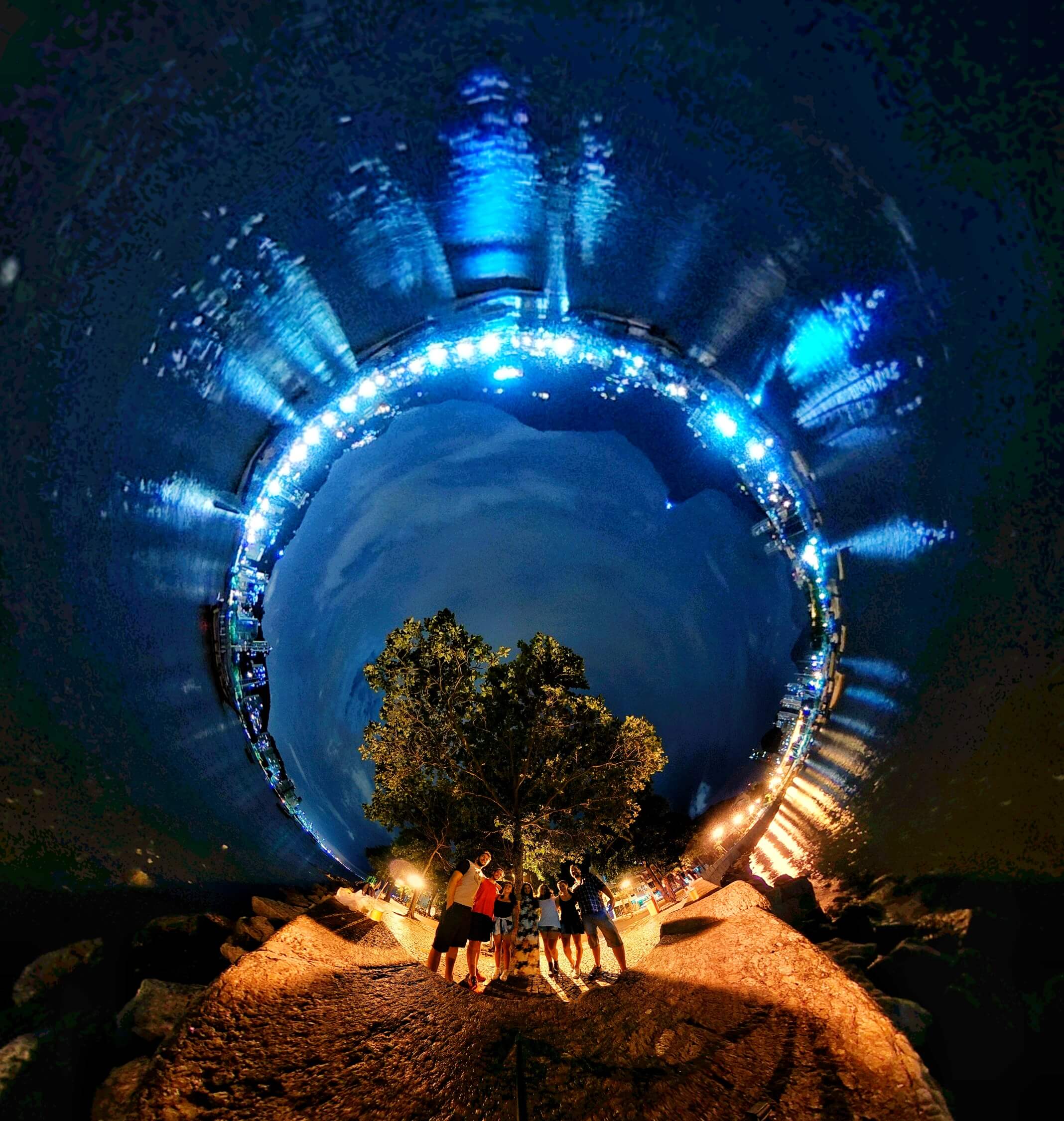 Not got time to read it? Download the MP3 now

One month in Brazil… how many adventures can you possibly have in just one month?

Quite a lot! (although it definitely helps if you’ve got an awesome Brazilian girlfriend to show you the dos and don’ts)

For what I’ve been doing officially, check out the 360 gallery and my Instagram page

But the reason you came here was for the good stuff, right?  The juicy, backstage, ‘holy s***’ stories?

Then what are you waiting for? Sit down and get comfortable! I’m ready when you are.

From weird infections to parkour down mountains to setting my flesh on fire, my one month in Brazil has certainly been eventful.  Throw in some cheeky caipirinhas during Carnaval and a good bit of wandering, and it’s fair to say I’ve kept myself busy.

I stepped off the plane and straight into the madness of Rio Carnaval… and when I say madness, I exaggerate not.

Carnival do Rio officially runs from February 9th to February 18th (or the closest Friday and Sunday), but the pre-parties, practices and general excitement start weeks before.

As I was filming it in 360 degrees I knew I’d be at the heart of the action, but I wasn’t quite prepared for just how hard that heart beats.

33 degrees, 2 million people on the streets per day (1.1 million tourists and the rest probably selling beverages to the thirsty hordes) {statistics from Wikipedia and Rio Times Online… except the beer stats… that’s from Fraytrainpedia.Inc)

To quote Mr Eddie Vedder (more on him in later posts), “It’s a big, a big hard sun”.

It’s not an experience I’d recommend to all. If you’re claustrophobic, agoraphobic, haphephobic or bromidrophobic… it’s probably not the right place for you. But if you love live music, enjoy socialising and love dressing in clothes you’d be excommunicated for wearing on any other day of the week then it’s an absolute dream!

Once the throngs of scantily clad vagabonds had moved on it was time to go exploring. I love wandering through a new city, getting lost in the endless back streets and discovering little gems… which is not such a clever idea in Brazil. Even before my one month in Brazil, I was well aware that it may be a little unwise to wander and get so lost. Robbery and homicide (an average of 198 per day in 2016) are something you should always keep tucked in the back of your mind.

That’s not to say you should wander around permanently gripped by fear and paranoia. It just means you need to be smart with where you go, and how you present yourself.

Rio de Janeiro is a beautiful city. I can only imagine how spectacular it looked back in the 1920s or 30s when the buildings were pristine and the paintwork all fresh.  Now most of the old Neo-Classical architecture looks rundown and sadly neglected.

That being said, it is an absolute delight to wander around and find all the old churches and random pockets of history.

The Museum of Tomorrow (Museu do Amanha) is an especially pretty new building.

It had all been far too civilized so far, so it was time to head into the wild!

Petrópolis, known as The Imperial City, is located 68km northeast of Rio. It houses the entombed remains of the last Emporer of Brazil, Pedro II, but it also contains some sweet hills and mountains.

And what are mountains good for? FALLING DOWN!!!

Let’s skip the going up. It was fun, with mostly gentle inclines and a few steep inclines. It was super cloudy, so the view wasn’t as glorious as it could have been, but still very easy on the eye.

The going down was much more eventful!

That beautiful moment when you’re skipping between boulders, everyone else goes one way, you think you’re far more knowledgeable of mountains than your fellow mountain dweller friends and so you take a different route.

And then that ‘not quite so beautiful’ moment when the boulder you leap towards turns out to be not quite as big as you hoped, so when you land you have around 0.7 seconds to look down at your inevitable fate.

Apparently my forward summersault was a thing of beauty (they saw my feet fly over my head and thought “f******!”)

Luckily I’ve studied the way of the Ninja (Shinobi – Sony Master System – 1988), so I was skillfully able to drop and roll… and roll… and roll.  The camera I was holding was perfectly safe, snuggled in my buxom, but the selfie stick didn’t fare so well (RIP).

I was well out of sight from my compatriots, and so when I confidently strode back into view there was much releasing of breath. One month in Brazil and still in one piece! Awesome!

So there’s a pattern building here… start off sensible and incident free, and then start to slide (off a mountain)… so what’s the natural ending to this nosedive?

You’d think it’d be pretty hard to find fire at the beach… you’d be wrong! All it takes is a boat ride in the paradise waters of Arraial do Cabo, 30-degree heat without a cloud in the sky and a failure to apply ample suncream… simple!

4 hours of beach frolicking (all under the guise of making another 360 video), several creamy applications obviously wasn’t enough.

Sunburn is not big or clever, and I have most definitely learnt my lesson now! Promise! (although the one upside? I haven’t been stung by a mosquito since the tanning incident! WINNER!) 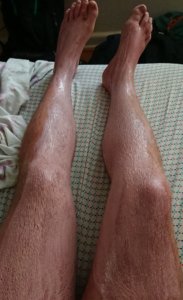 One month in Brazil and fallen down a mountain and given myself 2nd-degree burns… doh!

Aside from those tiny speedbumps, it’s been a fantastic month. Yes, the weird skin infection was a little worrying. What started as tiny little spots on my fingers eventually spread all over my body, but who hasn’t been consumed by a tropical disease before? Right?

What’s next? Two sittings of Pearl Jam, Lollapalooza Music Festival, and another trip back to the sight of the burning.

So what do you think?  Do you like the format of the post?  Do the 360 panoramic shots work? Please leave a comment below so I can keep improving.