“the weak in body or mind are soon eliminated: and those that survive commonly exhibit a vigorous state of health”
Charles Darwin

Animals are born, animals die. Some eat others, some just chew the legs off smaller animals and slap them around until they get bored.

I love animals, but it’s the latter that I take exception to. I’m all for a bit of Code 187 in the animal kingdom… (MDK?….Demolition Man people!!!).  I’m a big boy… I’ve watched documentaries. I’ve winced when the sickly Wildebeest gets his face chewed off by the hungry crocodile, but I understand the whole natural selection vibe.

When a domestic cat starts terrorizing the jungle creatures, is that nature running its course? Let’s discuss.

Example 1:
I’m walking through the house when a little dot on the wall catches my eye. 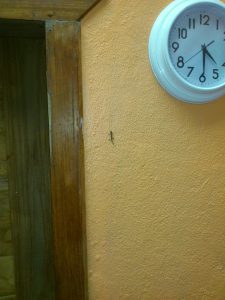 Upon closer inspection this dot reveals itself to be the cutest baby gecko on the face of the planet… so small and fragile that he’s semi-translucent in parts. 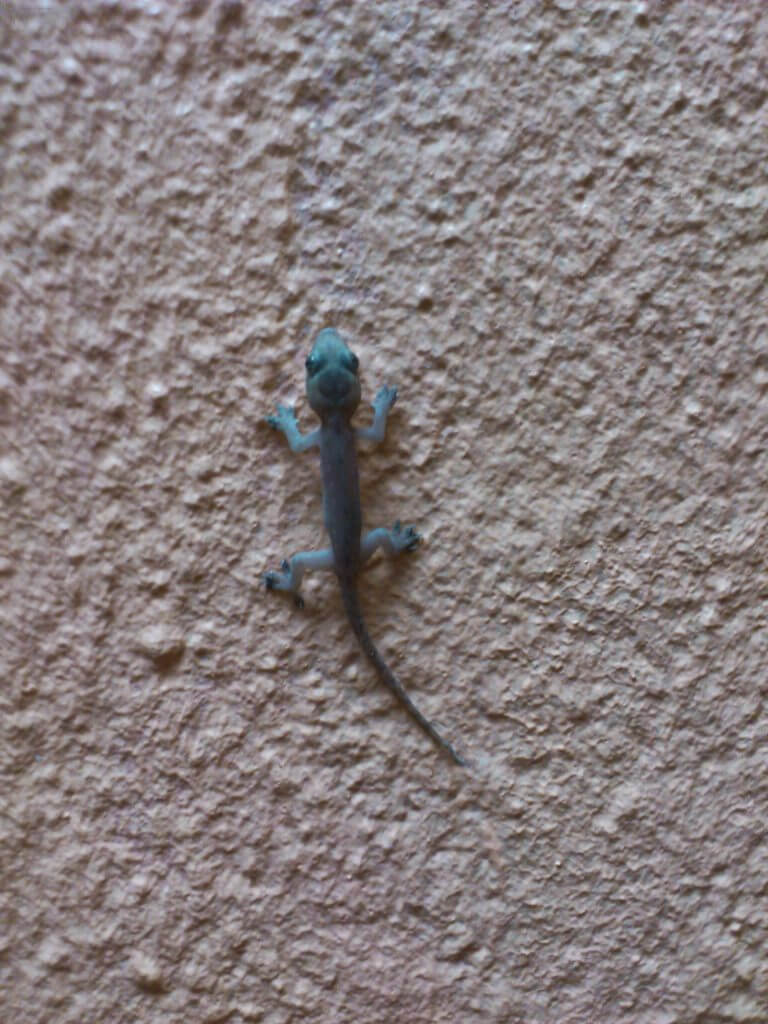 He’s doing his little gecko thing of walking up walls, chirping, being generally cute when he takes too big a step, slips and tumbles to his doom!

At the last minute he performs the most adorable little ninja flip and lands, matrix style, perfectly on all fours!

Unbeknownst to me, someone else had also been admiring his athletic display. As I’m busy throwing out air-5’s to my little buddy the household sociopath, Paloma, leaps in to devour him.

With gecko-like reflexes I leapt forward and provided a stiff arm that Earl Campbell would have been proud of!

Paloma limped off to go lick her own genitalia (or whatever cats do in their free time), whilst baby gecko looked on, awestruck at his heroic defender. Realizing the danger baby was still in (Sophie was quite partial to a bit of slap and tickle too), I knew I had to act fast. I crouched down to scoop him up. Understandably he was a bit reluctant (wouldn’t you be if a gigantic, hairy, musclebound (yet strikingly handsome) creature tried to scoop you up?)

I managed to get the little fella back onto the wall and expected him to scarper off, such is the fickle nature of youth… but to my surprise and great delight, he stuck around for an impromptu photo shoot. Kudos to you, baby! 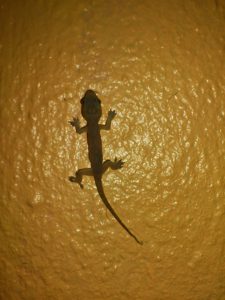 Example 2:
I’m sweeping the room as usual… dust, leaves, twigs. All was standard until one of the twigs tries escaping the brush… very untwig-like! Closer inspection revealed him to be an incomplete Stick Insect… incomplete as one of his legs lay about 2 inches away from his body. I’d seen the cat messing around with something earlier, but dismissed it as general cat tomfoolery.

The poor creature was obviously in great distress, trying to flip himself off his back. I slipped a piece of paper under him to return him to the jungle when his tormentor returned. Seeing his old plaything being taken away he dashed over. Again, the defender of the defenceless was there to repel him.

Mr Stick was successfully returned to the jungle (the right way up), and placed on a big leaf, with the hope he would begin his rehabilitation quick sharp (preferably before the inevitable storm made him very soggy indeed)

Example 3:
I’m sat in the office watching GI Joe on the laptop (a thoroughly enjoyable, mindless action flick in my opinion) when various semi-chewed moth bits start raining down. Whenever I would sit in that room with the light on the moths would flock in, and with them would follow the geckos.

Tonight’s gecko was obviously a bit slack jawed as he was spilling half his dinner, but as long as he was providing a service I had no issues with him. Then he poos. For the uninitiated, gecko poo comes in the form of small black pellets with a white tip. Fine, I just brush it off. Then he really starts to poo! Still fine. Then I feel a slap in the face as the flatulent, slack jawed reptile slipped off the ceiling and took a dive. Paloma arrives from nowhere and leaps… to be greeted again by my loving, yet unforgiving palm. The gecko was back up on the ceiling in no time… ass cheeks going ten to the dozen. 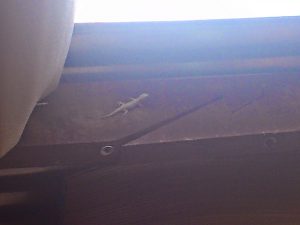 So here’s my dilemma (not that the cat now has a sore, slightly stunted nose)……. Have I meddled with the natural order?

What if that baby gecko was destined to perish? What if he now grows up thinking he’s invincible, with a God Complex? What if he goes on to commit unspeakable acts of cruelty under the false assumption of protection from a stunning giant presence?

What if Mr Stick Insect gets a chip on his shoulder (comedy gold on so many levels!) and goes on to unite all stick based creatures in a bloody and terrible war against the cats? (wouldn’t bother me a jot)

And what if Slack Jaw, his bowels left unchecked, goes on to drown the next occupant of the house in a tsunami of sh*t??? (I’d actually quite enjoy that!)

7 thoughts on “Upsetting the natural order”