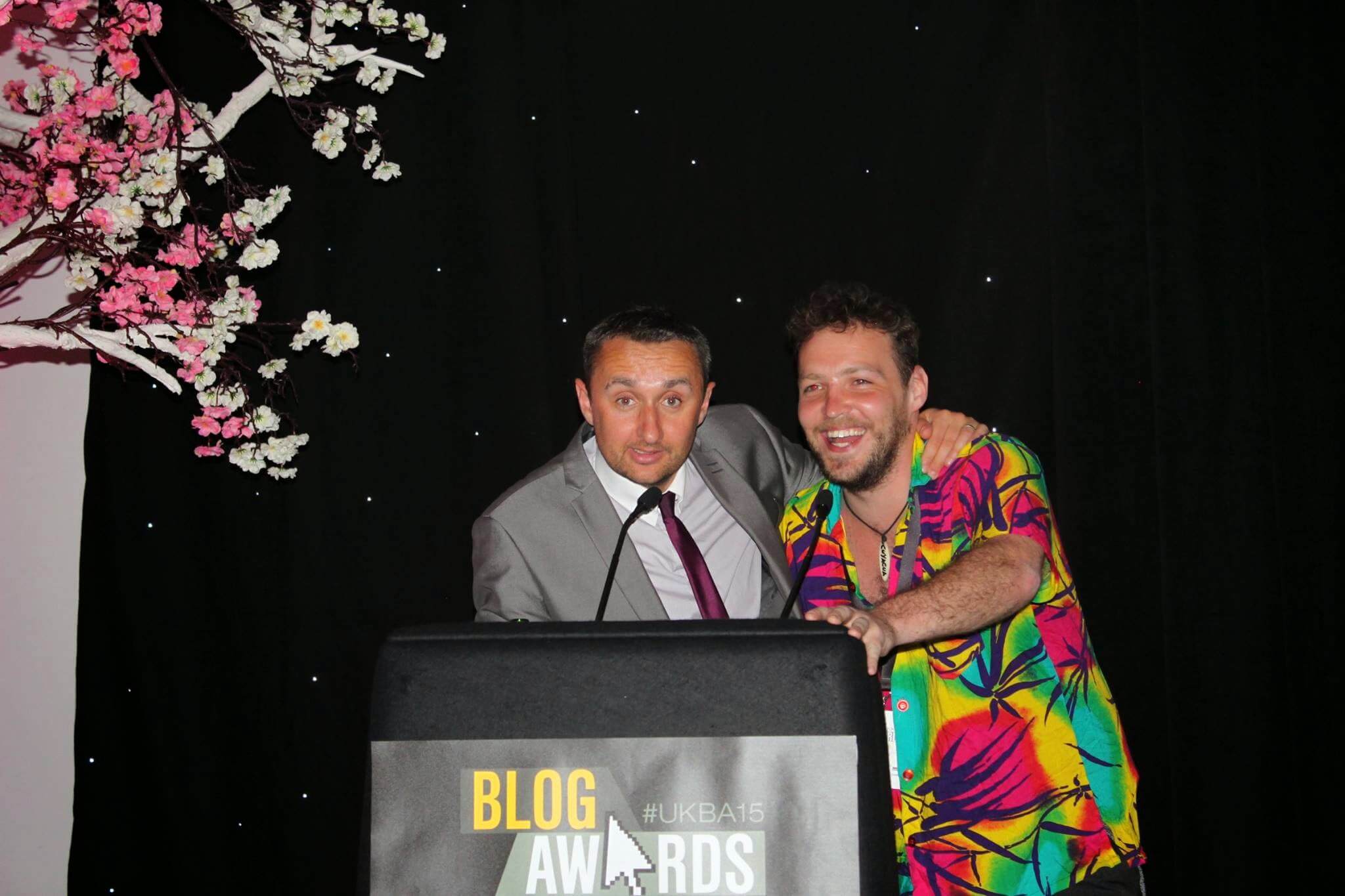 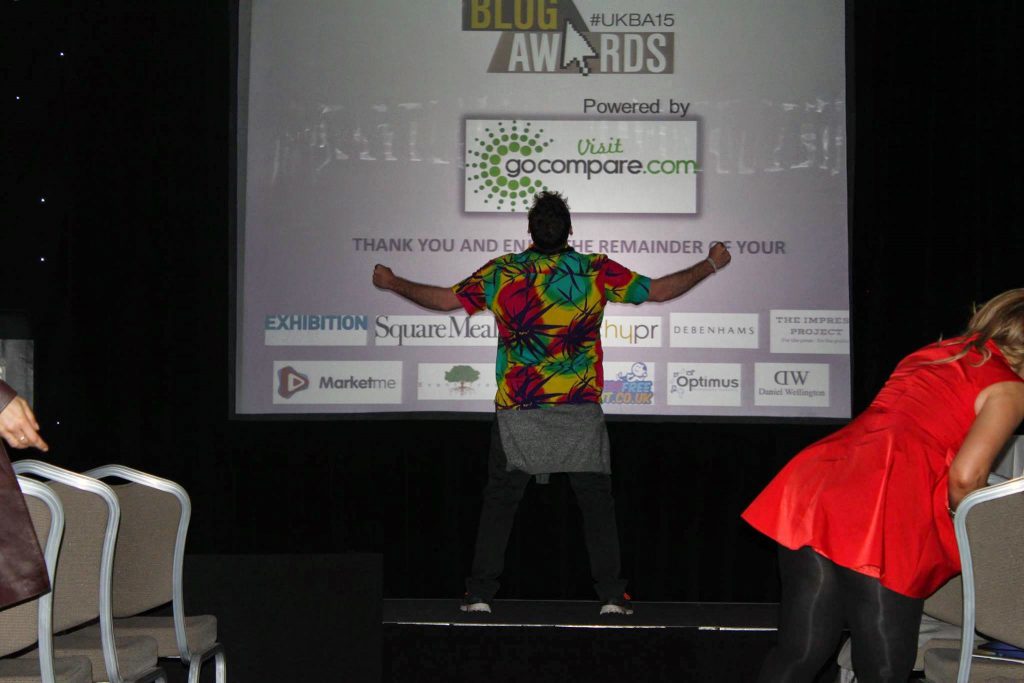 What a night at the UK Blog Awards 2015!  It had it all… comedy, drama, heartache and the kind of warm inner glow you only get when in the company of truly great friends.

I didn’t win… I’ll throw that out there nice and early to avoid any tears at the end.  Was I a bit gutted? Obviously. Do I understand why? 100%.  Am I proud to be a UK Blog Awards finalist 2 years in a row? Hell yeah! And how many other people in the Montcalm Hotel that night can say they had fans fly over from foreign lands specifically to cheer them on?  I’m only seeing my hand raised there folks!  Dom and Leo… infinite love to you two.

Arriving back in the UK only 24 hours before the ceremony (from a hellacious 2 week trip around Croatia I was understandably a little fried. Due to a ‘nautical incident’ I was without my trusty Xperia Z1 compact (oh how dependent I’d become on him… RIP), and thus was reduced to old-school SMS messages to aid me in locating my friends: a tricksy task when dealing with inebriated Germans.  Thank the gods for internet cafes!  My love (or lack thereof) of our London is common knowledge.  Traversing the streets and subways are never a joyous task, but then throw into the mix the obscure directions provided by drunken German friends: “We’re in the Hickford Rooms near Piccadilly Circus”.  For the record, there is no such pub: the actual pub is called The Crown.  The Hickford Rooms relates to the following (lifted from www.nicholsonspubs.co.uk):

The Crown’s historical distinction comes from the fact it stands on the site of the Hickford Rooms, once the main concert halls of London. Mozart gave a recital here in 1765, aged just nine. Our Brewer Street address commemorates the 18th century breweries that sat on our doorstep, both now demolished sadly. We are also known as a popular haunt of American airmen in the Second World War.

Without my trusty smartphone to reveal this little nugget of historical wisdom I was flying blind, and could unhappily have wandered the streets for many hours searching for this long destroyed establishment.  Thankfully a few minutes in an obscure internet cafe and zero help from the charming locals of London allowed me to journey to, and locate the pub, in just over 90 minutes.

When the time came to call it a night I was faced with a decision. With the tube stopping at 00:30 there was only time for one tube journey. Do I escort my friends back to their hotel in Victoria and then have an epic journey back to Marble Arch, or do I leave my foreign friends to fend for themselves in a strange land and head back to my surprisingly comfy bed at The Duke of York – Marble Arch. (Cheap and cheerful -£12 a night, great location, would definitely recommend)?

I may have been in the belly of the beast, but Manchester hospitality always prevails… epic journey it is!

After dropping them off I stopped in a convenience store for some general directions… and after much discussion I was handed this map to follow: 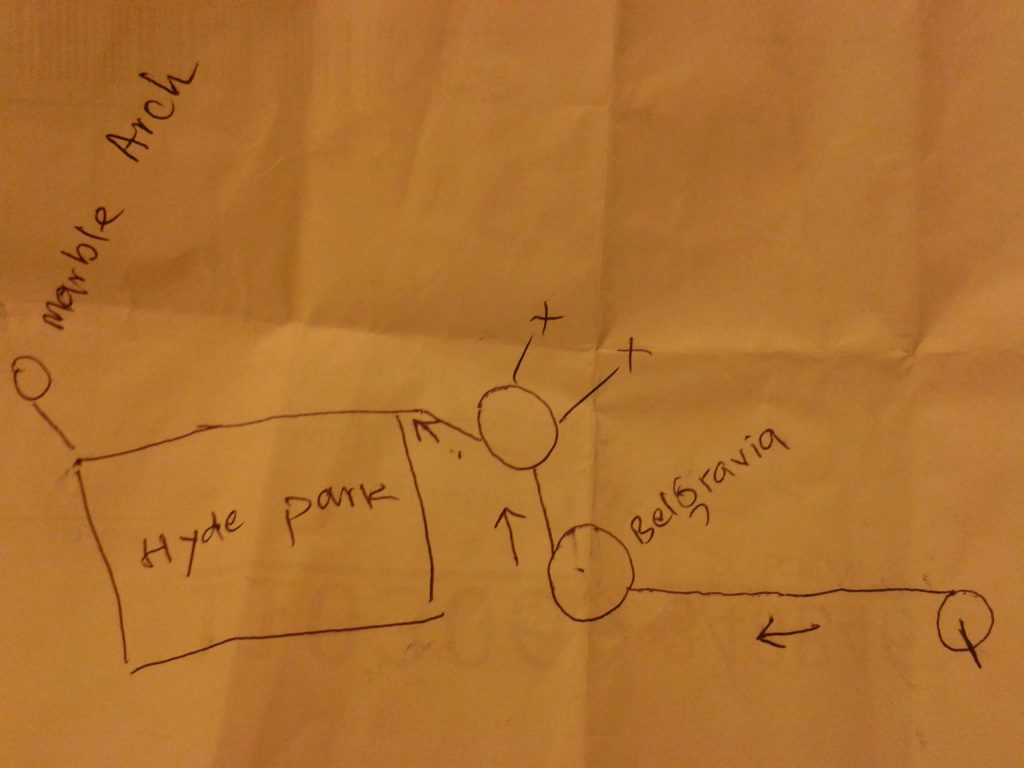 What could possibly go wrong with such an accurate, detailed, and clearly to scale map?

Apparently nothing! Apologies for the anti-climax. An hour and a half later I was tucked up in bed, and dreaming of the glory that awaited.

It cost £240 for the 3 tickets so we were expecting BIG things! It did not disappoint. A massive upgrade on last year with a wicked ‘Wonderland’ theme. The cauliflower and truffle shot we were greeted with was……. a unique sensation. I highly doubt I shall be reliving the experience in this lifetime, but as they say… “When in Rome…”

Copious amounts of booze flowed during the mingling, networking and general chin-waggery… and it was around this time I began to feel ever so slightly overdressed. Some people had clearly spent a truckload of time and money on their appearance… and I? 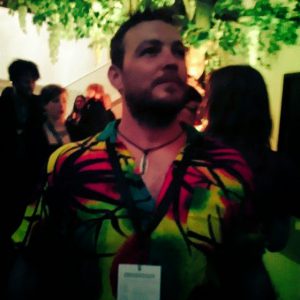 One of the best dressed according to Thomson Travel (http://www.thomson.co.uk/blog/2015/04/thomson-in-blogging-wonderland/)

When forking out big bucks you’d at least expect the presenter to be on the ball, or even mildly prepared… hell, I’d be satisfied if he’d just scanned through the list of nominees beforehand to familiarise himself… but evidently that’s not how famous vloggers roll.

His bumbling mispronunciations (pronouncing Sniff Petrol as Sniff Patrol and chuckling at the nonexistent wordplay… really?) brought an unintended comical air to proceedings, as did the ‘teething problems’ with the PowerPoint display. 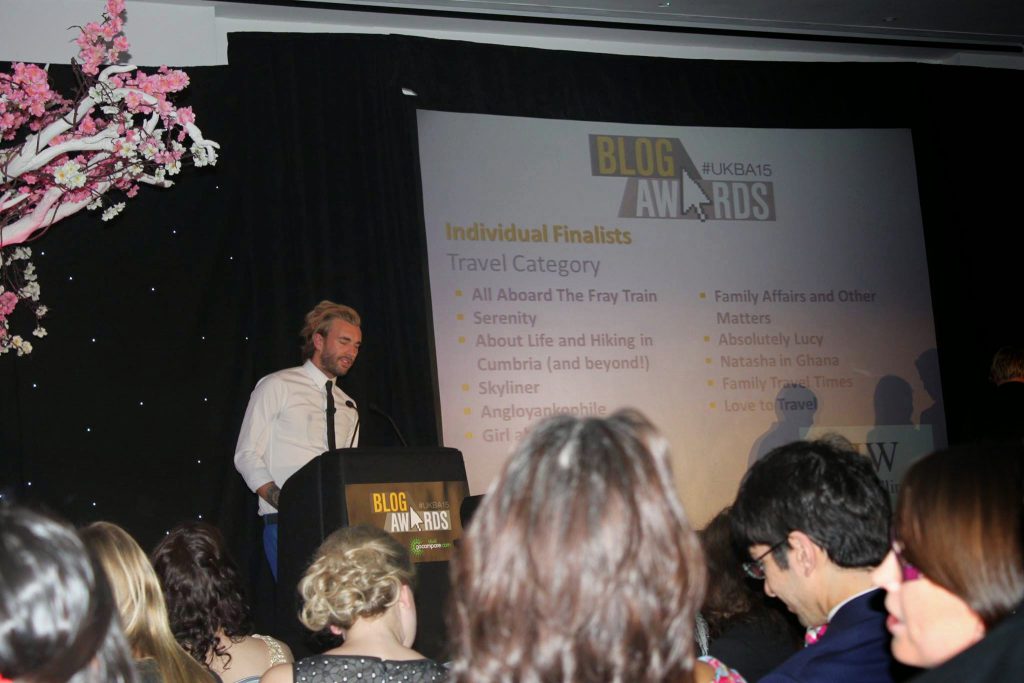 Winners were announced, hands were clapped and lives were changed.

Hearing some of the other nominees being described as “the internet sensation”, and “multi-award winning”, I knew I was facing stiff competition, but I also knew that I was in the company of some incredibly talented writers… and to be considered amongst their ranks is an honour indeed! They have their big budgets and their swanky flash websites: I have my stories about bleeding feet and gastrointestinal dilemmas.

The awards concluded, festivities began. More bubbly flowed and hero poses were thrown out (as well as some impromptu robot dancing onstage… yep, still got the panache!). 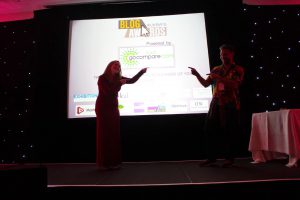 Shall I return next year? I hope so. Do I know what I need to do to improve? I think so. Apparently it’s all about ‘selling your product’… whatever the frig that means. As I’m effectively ‘the product’ I presume it means I need to get pimping… but as we are all very much aware, “pimpin’ ain’t easy”. 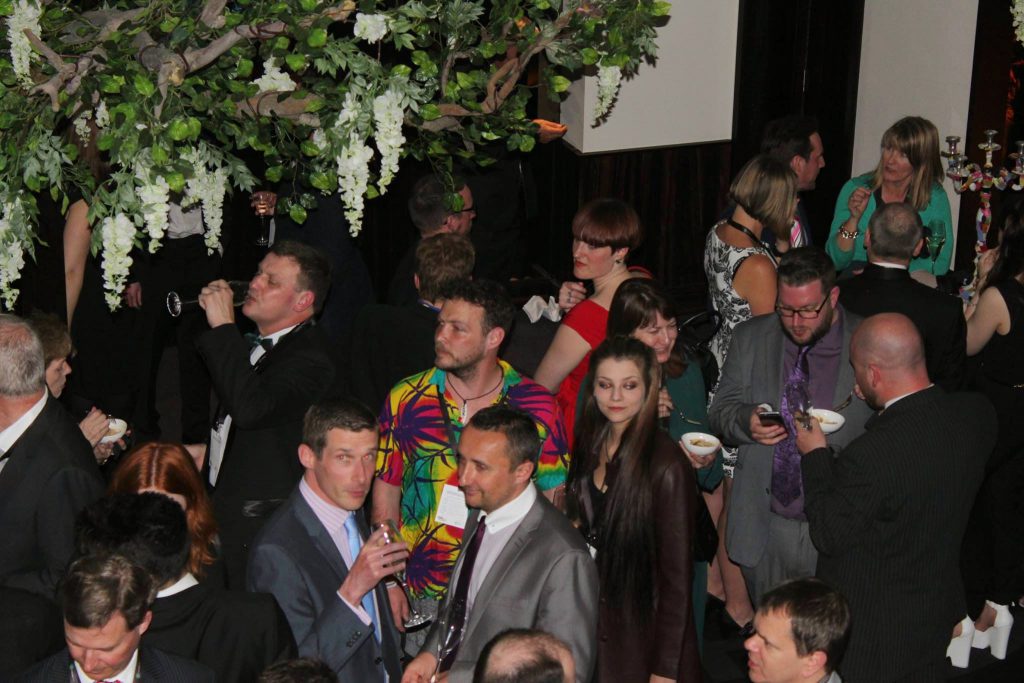 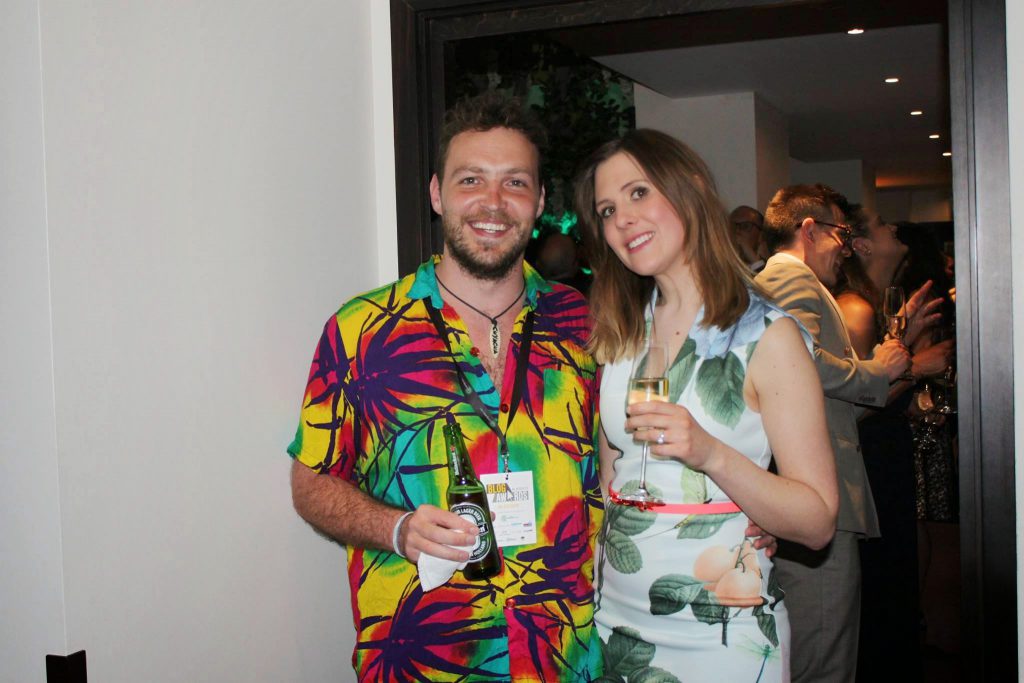 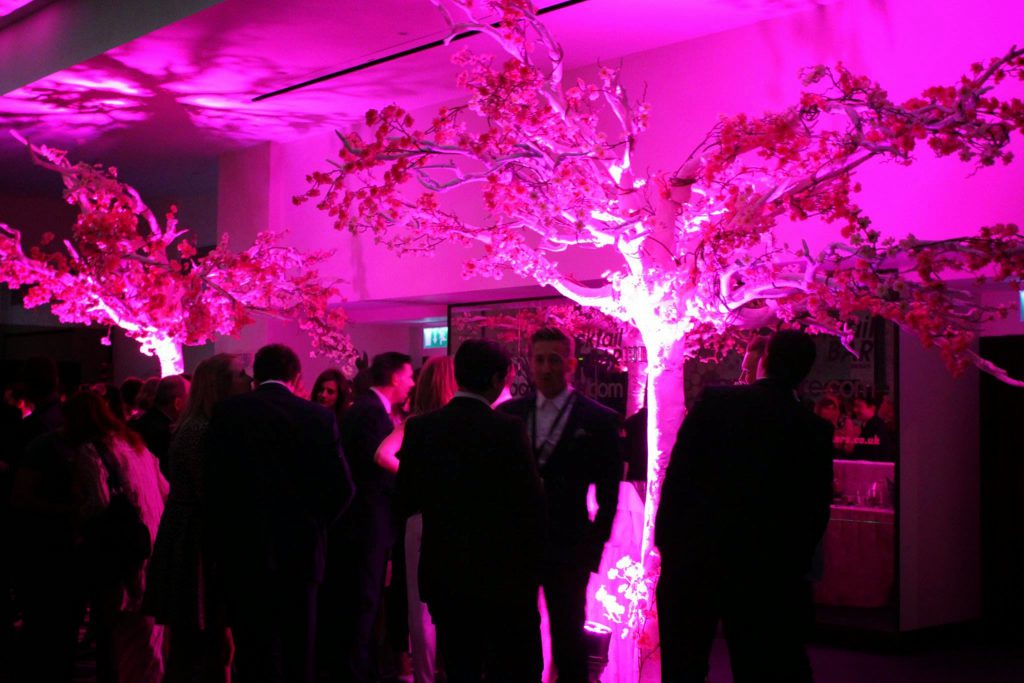 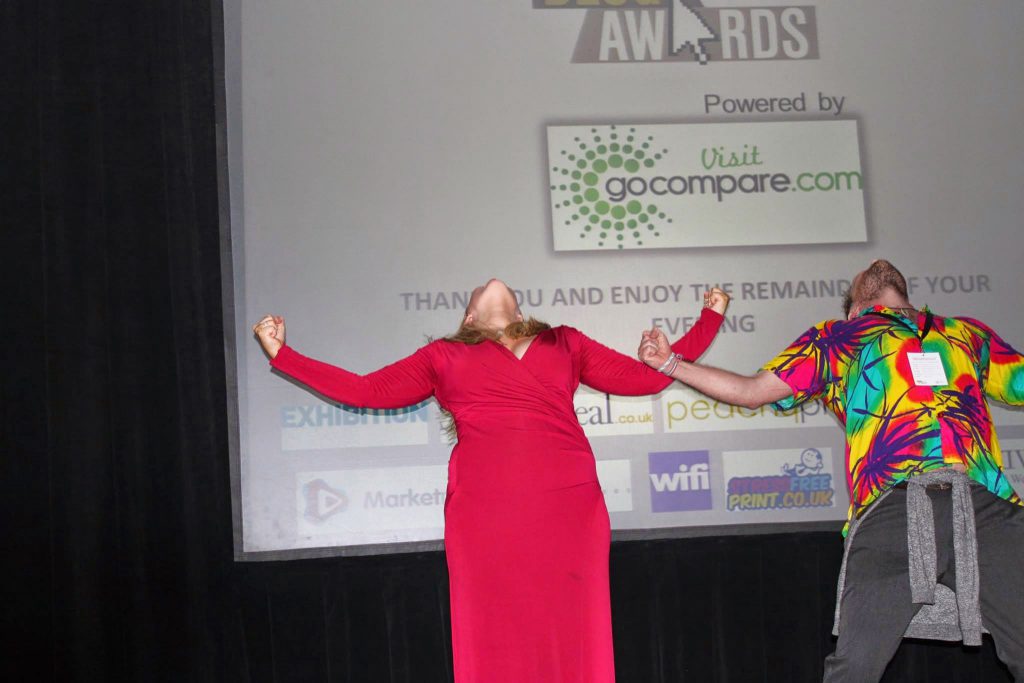 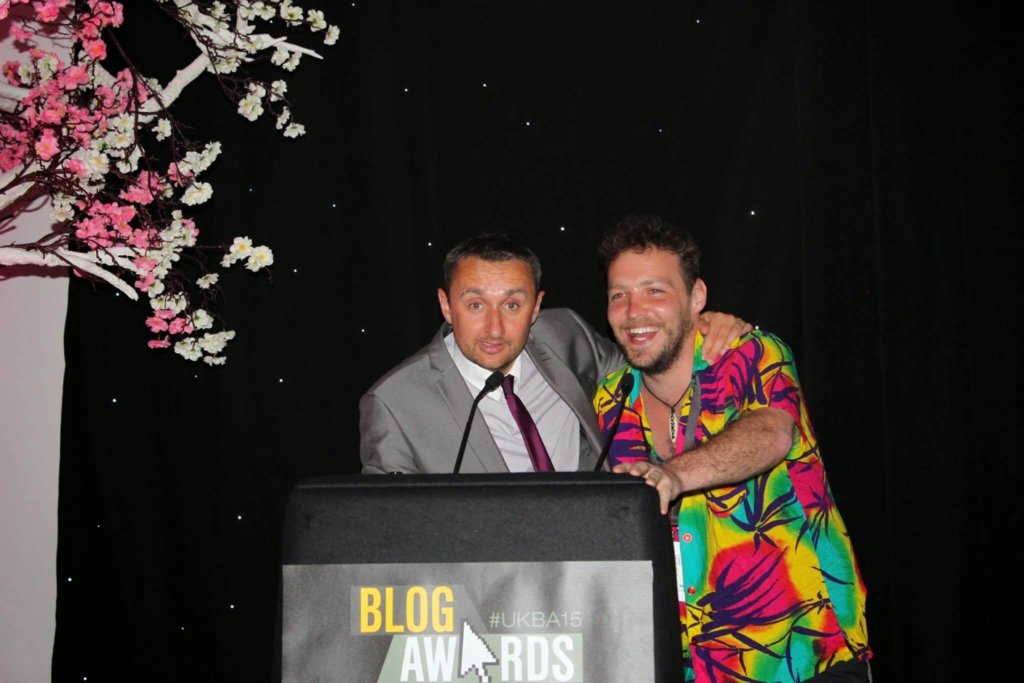 Footnote: Being informed by the judge of the travel writing section that she had never actually read any of my work, and that it had been farmed out to someone else to do was a tad disappointing, but it in no way detracted from the overall joy of the evening. 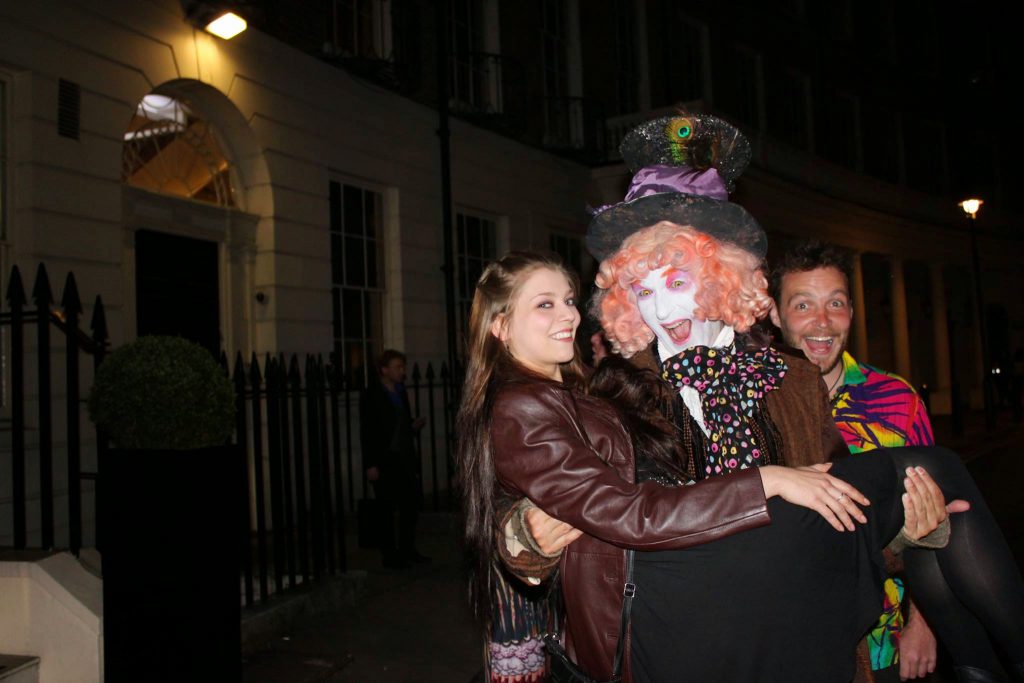